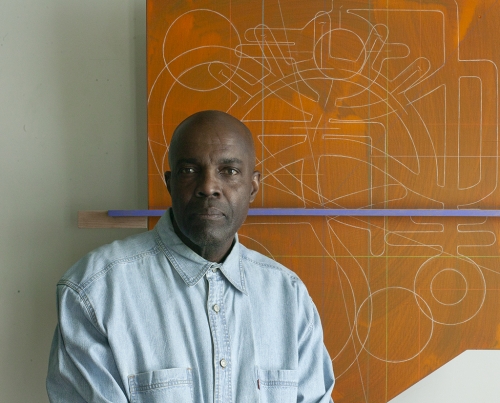 Lyght has received awards from the Adolph and Esther Gottlieb Foundation in 2010 and the Barnett and Annalee Newman Foundation in 2004. He was an Artist-in-Residence at MoMA P.S. 1 during 1978-1980. His work was included in the 2010 Global Africa Project at the Museum of Arts and Design, New York. Andrew Lyght had a retrospective in 2016 at the Samuel Dorsky Museum of Art at the State University of New York, New Paltz. Other museum installations include Andrew Lyght: 3-D Paintings at the Nassau County Museum of Fine Art, Roslyn, New York in 1985 and Painting Structure at the Smith College Museum of Art, Northampton, Massachusetts in 1983.